Children relish the world of pretend.

They can easily turn the backyard into a jungle and the living room couch into a pirate ship. Their world of make believe is as limitless as their imagination.  They pretend to be all sorts of things: doctors, teachers, birds, lions, mermaids, soldiers, princesses, dogs,   My own daughter, at the age of 3, tied a blue cowboy blanket around her neck and declared herself, Robin, from Batman and Robin. She would quickly correct anyone who mistakenly called her by her real name.

(Pretty sure Pastor God-Hates-Red-Starbucks-Cups in Fountain Hills, AZ would take issue with my allowing this to happen. You know, ’cause she was a girl pretending to be a male Superhero. Now that I think about it, she also played with action figures. MALE action figures. I’m surprised no one called Child Protective Services on us. )

Yes, the innocent world of pretend is a wonderful place for children…until that world becomes corrupt. Pushed too far. Taken advantage of.

It happens far too often. And when it does, and you witness the innocence of children harnessed and used for publicity, well, it can’t help but anger and sadden you.

Listen, if you want to create Art designed to create controversy, have at it. Go with God. Knock yourself out. But when you post to social media a photograph you created of a tiny child holding a gun to the back of another child’s head, you can’t hide behind the explanation that you are simply recreating an execution scene from a popular television show, nor can you be surprised at the outrage.

Or, as I suspect, maybe, you’re not surprised at all. 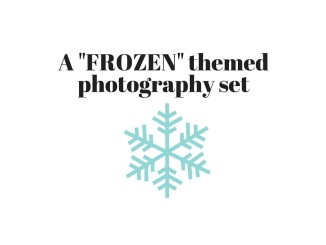 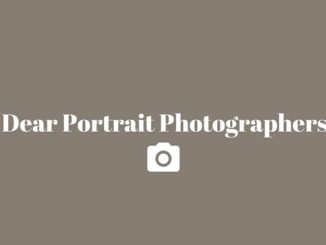 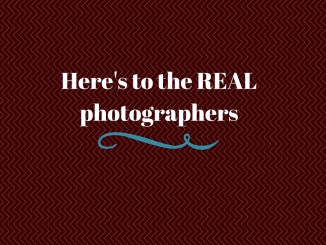 Here’s To the REAL Photographers