One of my life goals is to have a photo of myself hanging in a Cracker Barrel. Not while I’m alive, of course, but hopefully years from now, after I have gone to the great vodka distillery in the sky.

I’m not picky as to exactly which photo should be used. I’m sort of hoping it’s my childhood passport photo, but I’ve selected a few other options to give the Cracker Barrel folks some choices.

And I hope that as some family sits down at the table after church and digs into their Sunrise Sampler or Uncle Herschel’s Favorite, they will gaze up at the portrait on the wall and wonder about me.

Who was she?
Why is she standing by a trash can wearing a boa?
She’s standing in a NYC street for a picture—was she one taco short of a combination plate? And were the leaves REALLY THERE?
How did she end up in a shopping cart?
Did she not know that wasn’t really Oprah?
WHAT WAS WRONG WITH HER?

And people will come into Cracker Barrel and request the “Crazy Lady Table” so they, too, can eat their cheesy hash brown casseroles under the watchful eye of the woman by the trash can.

No one will know who I was, and yet, I will Iive forever on the wall of a Cracker Barrel.

I’m putting this in my will. 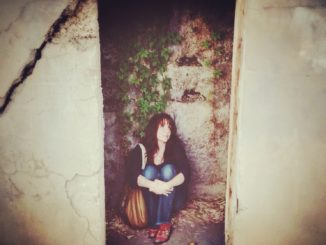 If the real world worked like the online-photography world of stolen photos posted to websites and ads: 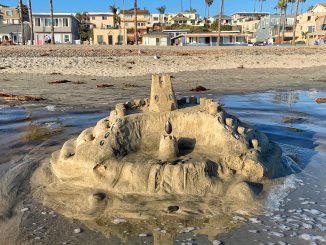 The Lesson of the Sandcastle 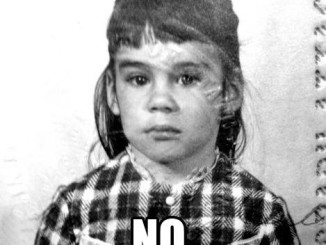 To Those Who Steal Photos

1 Comment on I Want My Photo in a Cracker Barrel