I can joke about a lot of things, because I can find the humor in a lot of things, but when it comes to the sexualization and objectification of our young girls, I draw the line. A hard line.
Sex trafficking and sex slavery is alive and well and breathing and growing in this country and around the world. My daughter is heavily involved in an organization that helps kids trapped in this very situation. And newsflash: It ain’t glamorous. It doesn’t have its hair and makeup done. It isn’t wrapped in soft light with creamy skin tones.

No, it’s ugly. It’s scary. It’s abusive. It’s painful and lonely and covered in bruises and fear.
It’s a world that we need to combat, not stage in soft dreamy photographs in an attempt to garner attention for workshops.

You want to show that world? Go live in it. Go out, among the homeless, the abandoned, the kids trapped in the sex trade and document it. Photograph the dirty, gritty reality and make a difference.

But please, let’s stop with the provocative tween images. I mean, just when you think it can’t get worse, it does. The “WTF” bar just keeps getting lower and lower.

Let’s empower our girls by standing up to a world that wants to turn them into sexualized objects for personal gain.
We owe it to them. xoxo 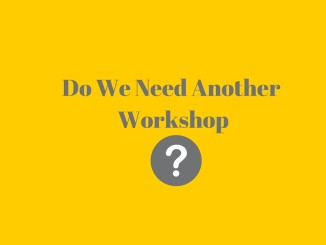 Do We Really Need Another Workshop?