It was darn impressive. I mean, it wouldn’t have won first place in one of those elaborate Sandcastle Competitions or anything, but still, someone had put a lot of time and effort into its creation. I had no idea the architect: a father and his children, a couple on their honeymoon, maybe a lonely soul finding solace in the sea. Whoever it was, I give them props, as building it was no small thing. There were battlements and towers, even a moat. The design was accented by shells with thought put into their placement.

(Ask me to build a sandcastle and you’ll get a lump of sand with a piece of seaweed stuck in it for effect. And probably a cocktail umbrella at the base of the lump. Listen, people, my lumpy sandcastle has cocktails. And a happy hour. I don’t apologize for this.)

And as I stood there and looked at it, I thought three things:

“Wow, this beautiful castle took a lot of time to create,”

“I want to photograph this,”

Now, I usually go nowhere without my camera, even if only the one in my iPhone, but OF COURSE, I didn’t have it with me as I stood there watching the water start to swirl around this castle of the sea. So, I ran all the way back down the beach to retrieve it from my bag. I’m sure I was a pretty sight. Just like a scene out of Baywatch, you know, if Baywatch featured a middle-aged woman with wet stringy hair wearing a rainbow striped cover-up and a ginormous floppy hat running along the beach, incapable of rescuing anything other than a lost doughnut.

Camera in hand, I ran back to the sandcastle to find it partially reunited with the sea.

I planted myself shin-deep in the ocean and stood there, taking pictures as the water rushed in, harder and stronger, each time wreaking more havoc on the structure. A crack here, a chunk broken off there, details washed away forever.

And as I stood there, the realization hit me in the stomach that someone built this incredible sandcastle KNOWING that in a few hours, it would be gone. They built it knowing full well that when the tide came in, it would reclaim their hours of hard work. The built it knowing it wouldn’t last.

And yet…they built it anyway.

Because maybe the joy isn’t in having completed it, but in the time spent building it.

It was such a beautiful thought to me that I got a little verklempt, right there in the water.

“Mommy, why is that lady with the gross hair, big hat and rainbow cover-up crying next to that sandcastle?”

As the minutes ticked by, I watched the castle fully engulfed in waves. It made me a little sad, for in an hour, no one would ever know this sandcastle had existed. People walking the beach later that day, or the next, or the following week or month or year would never realize they were walking on the spot where this magnificent castle once stood, where hours were spent transforming lumps of wet sand into something beautiful.

And then I looked at the device in my hand and smiled, for while the castle in front of me would be washed away soon, it won’t ever truly be gone.

Its heart still beats in my camera.

And that, my friends, is exactly why you take a photograph. 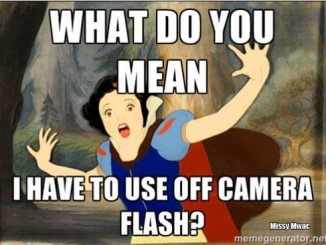 If Disney Princesses Were Photographers 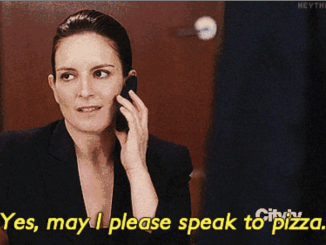 Things Every Photographer Understands During the Christmas Rush

If a cocktail screamed “SUMMER,” it would be a

I met the founder of Twin Falls. He was born in 18

Rum for your daiquiri and a toast to you, Papa Hem

A toast to those who make pillowy soft spudnuts.

The only thing better than the food is the chef’

I hope Thomas and Sotomayor are the new Scalia and Ginsburg.
Also, thank you to the people who disagree and remain friends.

“Justice Thomas is the one justice in the building that literally knows every employee’s name, every one of them. . . . he is a man who cares deeply about the court as an institution, about the people who work there — about people.” - Justice Sotomayor
https://twitter.com/tomselliott/status/1541760654243143680

Here's a fun fact:
I can disagree with you and still be your friend.
You and I can come from completely different worldviews and perspectives and I will still happily sit with you and have a cocktail.
Because YOU have value and your perspective and opinions are

A lot of talk about "women's rights" today from the same people who refuse to define a "woman."