I’m going to share a story with you. It’s a little long, so feel free to bypass it if you aren’t into reading long stories. It’s a personal story and one I’m not proud to tell, but important nonetheless.)

About 20 years ago, I photographed an event. It was an annual Christmas Party/Awards Presentation for a group of Plumbers. It was a local union chapter dinner held at a hotel. I arrived a little early, as is my way, and not knowing exactly which room held the event, I made my way to the ballroom/meeting area of the hotel. As I approached the first door, I heard upbeat music and lots of cheering. I walked inside and found a room filled with people dressed to the nines. Designer suits were everywhere. Jewelry glittered from earlobes and wrists. A man was on stage talking to the excited crowd and applause went up with every other word from his mouth. There might have been lasers; I can’t remember. This thing was off the hook, rockstar-style, and I got really excited. That is, until I noticed the sign on the easel by the door.

I was in the wrong room.

This was some sort of investment group and not the plumbers I was looking for. So, I left the room and proceeded further down the hallway until I came to the second open door. I checked the signage out front before going in to assure that I was, indeed in the right room.

I walked inside, the remnants of the music still lingering down the hall, and the sight that greeted me was a 180 from the other room.

This room was full, too, but much quieter than the rockstar room. It was filled with not just adults, but whole families. Children, even. There was a discernible lack of designer suits and red-soled shoes. There was no Tony Robbins type individual egging on the crowd. It was the complete opposite of what I had just seen. And knowing I was going to be there for the next couple of hours, I was a little bummed. Why couldn’t this room be like the other room? Two hours HERE? Ugh. (I told you…I’m not proud of this attitude, but I will own it.)

I checked in and was greeted warmly and with appreciation by the person in charge of the event, and then, it began. I stood off stage and listened to the stories as these men and women came up to receive their awards and acknowledgements; individuals who had their entire life devoted themselves to their trade. As they received their plaques and certificates, their families would raise the roof with applause. Faces beamed with pride as they shook hands for a photograph.

And as each recipient approached the mic to say how proud they were, especially those who came from a long line of plumbers and those whose children were following in their footsteps…I felt myself tear up. And then I felt that ache in my heart; the kind of pain that knocks on your conscience and says, “You were wrong.”

And I was proud, SO proud to be a part of that room. They knew the value of what they did and they were damn proud of it.

This is a lesson that has stayed with me all my life and one of the reasons I always remind folks that there are a lot of people of substance in this world worthy of admiration. And a lot of people who aren’t. 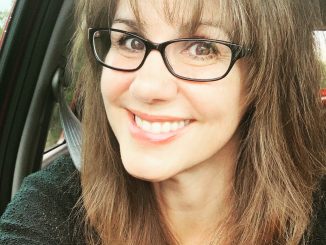 Things I’ve Learned Thanks to the Coronavirus

Be the Cracked Egg 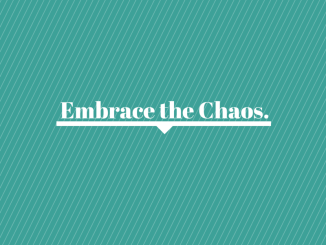