My friend, Michelle, is perfect.

She is creative with a flair for design; she is an incredible cook; a gardner for whom plants want to grow; a loving and supportive mom and wife, and so much fun to be around. When she isn’t being all creative and stylish, she can be found in a classroom working as a substitute teacher. Perfect Michelle doesn’t think she is perfect, which, of course, makes her even MORE perfect. If I didn’t love her so much, she would irk the heck out of me.

And nice. Perfect Michelle is just a thoroughly nice person, far nicer than I will ever be. She always looks for The Good in every situation. I’ve never even seen her roll her eyes. She’s got sarcasm mastered (thank goodness, or we could never be friends) but unlike me, she applies it sparingly.

I, on the other hand, pour it over everything, kind of like gravy.
Sarcasm Gravy.

There is a reason I am explaining in great detail the character of Perfect Michelle. It is so you will understand that when Perfect Michelle says, “I got a student suspended today,” you know something really bad happened.

She shared the following story with me after our exercise class last week, a class that literally knocked the breath out of me. I’m not sure what was going on during that class but it was so hard that a couple times I felt so lightheaded I had to leave the class to go lay on the bathroom floor. And don’t give me the “Ewww. You laid on a public bathroom floor. Gross.” Yes, yes, I did and I would do it again. Sure, there were germs, but the germs were on tile and the tile was on the floor and the floor was cold. I’m not sure what brought on the lightheadedness. Maybe I hadn’t eaten enough (Yeah, I find that hard to believe, too) but at any rate, I was rather glad when the class was over.

Perfect Michelle and I walked to our cars and it was then that she told me about the suspended student.

“I was subbing today,” she said, “and in charge of this computer lab at a high school. The students would come in each period to finish up and print their essays. And right before the period ended, I noticed one of the printers was printing a lot of stuff. One sheet right after the other. And I thought-what on earth are they printing? So I walked over to the printer, which by this time had a huge stack of papers printed and…” she stopped and scrunched up her face. “I couldn’t believe what I saw.”

Perfect Michelle nodded her head. “Yep. The printer was printing 100 sheets of black and white vaginas. All different kinds of vaginas in all different positions. Some were sideways, some were stretched out, some were doing things that I wish I had never seen.”

“Woah,” I said. “Don’t they have blocks to prevent this from happening?”

“YES!” she exclaimed. “They do. I have NO idea how this kid pulled this off.”

“Well, that’s the problem,” she explained. “I couldn’t figure out how to turn the printer off. I was pressing every button I could find and nothing was working. The printer just kept spitting out these vaginas. One right after another. Vagina after vagina after vagina. I didn’t know what to do. I was trying to shield the vaginas from the eyes of the classroom while I frantically pressed everything I could find. Finally, I just yanked the power cord and the vaginas stopped.”

“You do know it could start printing up again when you plug it back in.” I said.

“I KNOW,” she continued, “but class was ending and I had, like, 4 minutes before the next class arrived, so I scooped up all the vaginas and went out in the hall to find a security person. I told him that a student had printed all these vaginas and he told me that he would take the matter to the office and make sure they were shredded.”

“But then,” she continued, “I had to ID the student. They brought in all the students who use that computer and I had to pick out the student that used it during that class. It was like a line up. But I didn’t want them to see me, so I asked if I could peek from around the corner. And sure enough, there he was. I picked him out right away.”

“Did they ever find out WHY he felt the need to print 100 vaginas?” I asked.

Perfect Michelle said, “I don’t know. I think he thought it was a funny prank. School gets out in two weeks; maybe he figured he’d get a jump start on summer break.”

“Or,” she said thoughtfully, “Maybe he just really likes vaginas.”

Because only Perfect Michelle could try to find the good in 100 printed vaginas. 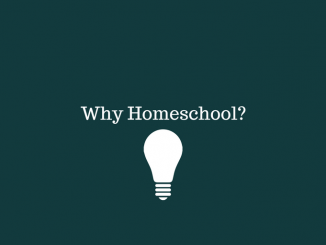