Now, as a rule, I am not a fan of zoos. If you ask me, “Hey, what do you want to do today?” at the very bottom of the list, after mop the kitchen floor and get stuck in freeway traffic would be “Go to zoo.”

Now, I understand the need for zoos. Many zoo occupants are on the endangered species list; some have been injured and are no longer fit for the wild, so the zoo is a compassionate harbor; a safe zone. Plus, a zoo is a place where children learn about these creatures and for many, it is where they begin a lifelong love for <fill in animal of choice>

I get why we have them. I understand why they are necessary.

But watching a lion prowl his enclosure makes my heart ache. Unlike people who hurt children and certain politicians, wild animals don’t belong in cages. And each time I visit a zoo of any kind, I engage in the “Open All the Cages” fantasy.

I mean, you can dress up a cage and paint the walls of an enclosure all you want–but I promise you, that alligator does NOT think he’s back in the swamp.

“Yo, Charlie, get up here on this cement rock with me. Look around at these colorfully painted walls: trees, shrubs..it is JUST like being back in the bayou. Except for the glass and all those people staring at us and the fact we are trapped in a box. In a building. Other than that, I could swear we are back home.”

Now, we all have a favorite animal and my personal favorites are the primates; more specifically, the gorillas. I could watch them all day. I usually have to be dragged away.

But while standing there admiring these magnificent beasts, a family walked in front of us, the father of which had something to prove to the gorillas.

“Hey, gorilla!” he yelled. “Look over here! Damn, bro, you uuuuugly.“And then he started making gorilla noises and encouraging his little boy to do the same. Or maybe he wasn’t impersonating a gorilla and that was just his normal state of being. It was kind of hard to tell.

And as his douchebaggery escalated, I stood behind him and watched the gorillas’ faces. So much intelligence behind those eyes. So majestic…so unable to do anything but just sit there and be mocked.

And that was when my “Open All the Cages” fantasy turned into a “Throw This Idiot Into the Gorilla Enclosure” fantasy.

He wasn’t too big, maybe 170 pounds. I couldn’t do it by myself, of course;  I would need help, but I had my son and DH with me. The DH wouldn’t be up for it, but I’m pretty sure the boy would help. We could toss him in and then with any luck, it wouldn’t get discovered until after one of the male gorillas stole this guy’s hat and made him his “Zoo Bitch.”

But before I could take action, the Idiot Brigade moved on: more cages to visit, more animals to mock. With him gone, I was able to snap a few iPhone photos of these wonderful creatures.

I told them all I was sorry for the jerk who just left and when they eventually rise up and take over the planet, please remember how much I love them. xoxo 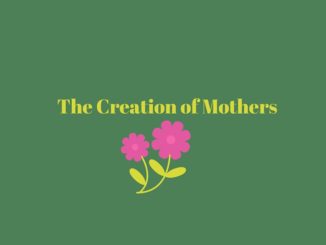 The Creation of Mothers

1 Comment on My Visit to the Zoo: aka Leave the Gorillas Alone

“Owl be seeing you in all the owl familiar place

Zozobra is a Santa Fe, NM tradition. At our house,

There is a place in Vegas way off the strip. It is

2 seconds after this photo, she jumped on my face.

There are so many times I have thoughts in my head

I know they call them “The Black Hills,” but t

It is being reported that the one and only William Shatner, at the age of 90, will be aboard the second flight of Blue Origin next month.

CAPTAIN KIRK IS GOING BACK TO SPACE.

"Please...everyone...we just want to be left alone to live our life."

I have a battery operated “fly swatter” that emits a loud “ZAP” when it comes into contact with a flying insect.

It’s one of the most satisfying things I’ve ever purchased.