Don’t matter what folks say. I know what I seen.

But none of them be right.

Agnes Peelittle is one of the few folks believin’ me, but I reckon not entirely. She said them was angels I seen. She done told me that the Lord Himself sent angels to my cornfield. Ya’ believe that? I sure as hell don’t. I’ve read the Good book, not front to back mind ya, I ain’t got time for that, but I read a fair piece of it, and it ain t never mentioned nothing ‘bout no little green men angels.

All those city folks claiming I’m just some ignor’nt Missour’a farmer. I hear ‘em whisperin’ when I’m in town.  All high and mighty cause they live in St. Louis and look down their noses at the likes of me.  But just cause I ain’t had that much learnin’ don’t mean my eyes don’t work as good as one of them doctors or lawyers or city folk.

I’ll tell you my story. I’ll tell you just the same’s I told ever’body else. Don’t much matter to me whether you believe it or not. But mind you, just cause ya’ don’t believe it don’t make it not true, ‘cause I know what I seen.

It was just past 9 in the ev’ning  and I was sittin’ outside as I’m apt to do on my back porch.  I usually go out there to watch the color fade from the sky. Ain’t much else to do out here once the sun goes down. And truth be told, I like it. The air gets cooler and if you can abide the bugs, a Missour’a cornfield on a summer night is one of the most peaceful places this side of heaven. It was one of ‘Lizabeth’s favorite things to do. She’d wash up the supper dishes and we’d sit out on the back porch just countin’ lightning bugs. Not even talkin,’ just countin’ those bugs. Lord Almighty, she loved them bugs. That was a long time ago, though. The bugs didn’t leave when ‘Lizabeth did, ‘course. I just stopped countin’ ‘em.

So’s, like I said, I’m a’siting out there on the porch and I seen this light in the sky. Now, I seen lots of stars, and a’plenty of ‘em fallin’, but I know’d right away this weren’t no star. It kept gettin’ brighter and brighter, like the sun itself was fallin’ right in the middle of my cornfield. It got so bright the night looked like day an’ just when I figured it couldn’t get no brighter, the ground shook. My hand to the Almighty,  the whole ground shook. I was a’feared the whole damn house was goin’ to fall down for the shaking.

No light, no sound. Nothin.’

Now, I’m not a’feared of much. I’ve weather’d plenty in my life and I ‘spose I’ve built up scars ‘round where the fear used to be. But as I walked off my porch into the cornfield that night, it felt like the very bones in my legs was dissolvin’ with each step. I could hear my heart beatin’ in my ears. I had my shotgun, ‘course. Ain’t never shot a star, but I ‘spose there’s a first time for ever’thing.

I didn’t bring no lantern. Didn’t need one. Ain’t no lantern as bright as a full moon, and that night, the moon was big an’ round and shinin’ light a’plenty.  I’d done watched the light fall from the sky and I seen where it disappeared.  Only took me ‘bout 15 minutes or so to get there, but it felt like that field just kept a’strechin’ the longer I walked. I’m not given’ to wild imaginin’s, mind you, but it sounded like the leaves of the corn were whisperin’ for me to turn back. I’m not sayin’ they were, ‘course. (This is one of the parts of my story where folks are sure it was the whiskey talkin’ and not the leaves. But folks wasn’t in that field with me, so’s the way I see it, they ain’t got no right to say nothin.’)

I seen the metal first. It was a round, shinin’ thing, like one of ‘Lizabeth’s pie pans turned upside down, ‘cept with poles and such stickin’ out of it. They was red and yeller lights all ‘round the bottom, mostly hidden by corn. I ‘spose, looking back, I should have been angered for all the corn this thing had ruined, but when yer standin’ in front of an upside down pie pan with red and yeller lights in the middle of a Missour’a cornfield, you ain’t thinkin’ ‘bout the corn.

Now, I’m a’standin’ out there, hiddin’ by the corn, just a’lookin’ at this contraption. I would ‘spect something this big to make some sort’a noise, but it didn’t. It was quiet, sort’a like it was ‘sposed to be there, which, ‘course it wasn’t.

Not sure how long I stood there, clutchin’ my shotgun. But I’ll tell ya when I stopped just standin’ there…

it was when I felt a tap on the back of my knee.

I done swung my shotgun ‘round and yelled, “Get away, you son’bitch!”

Took me a minute to see him, ‘cause he sorta blended with the corn. I say it was “he,” ‘cause he was buck nekkid, ‘cept for some sorta band with lights on his arm. He was covered in strange colored markin’s, like a picture book. He had some legs, but skinny, like a sapling, and what I ‘spose were feet. Hard to tell in the dark. His arms were long, long enough for his hands to touch the ground.

And, I saw his man parts. (‘Spose I should leave this part out of my story, ‘cept I’m a’tellin’ exactly what I seen. Don’t feel right to leave any part out.)  They wasn’t like any man parts I ever seen. I saw an octopus once in a jar a time ago. It was in a circus tent ‘longside other curiosities. That’s what his man parts looked like. Ain’t no other way to describe it; the son’bitch had an octopus as his private parts.

He didn’t say nothin.’ He just stood there, lookin’ at me and me at him. His eyes were small. Real small. What I could tell, he had no eyelids and if’n he did, he aint’ never blinked ‘em. Looking back, I reckon I should’a run. Not sure why I didn’t. Not sure why I dropped my gun, ‘neither. ‘Spose cause I wasn’t a’feared of him. Never reckoned looking differn’t was reason to be a’feared of someone.

We stayed that way for hours, just lookin’. ‘Course, didn’t feel like no hours; only figured out we’d been a’standing there for that long when I seen the sun starting to turn the sky gray.

The little feller made a noise. First one I heard ‘em make. Sounded sort’a like water running over rocks-a gurgle deep in his throat. If’n he even had a throat.

He lifted his right arm toward me and for the first time since I seen him,  I suddenly felt a’feared, like a man ‘bout ready to be executed. Like I said, I weathered plenty in my life. Plenty. If this little green son’bitch was intent on sendin’ me to my maker, I weren’t ‘bout to go beggin.’ If this be how it all ends, then this be it.

He slowly opened his hand. I ‘member thinkin’ how large his hands looked. They was larger than my whole face.

And then I seen it—light, flickerin,’ sorta like he was holding a star but one from a far piece out in the sky. I don’t rightly know how to ‘splain it, exactly, but each time that light a’flickered in his hand, I felt somethin’ like joy deep inside my chest. He nodded his head and reached his hand closer to mine. I figured he wanted me to take the flicker.

I opened my hand and in it, he put a lightnin’ bug.

And then that little green fella pointed his finger up to the sky as if counting:  “1.”
One lightning bug.

Can’t rightly say much about what happened next. I reckon I should’a watched him leave, but I just kept staring at that lightnin’ bug like a damn fool. A damn happy fool.

So’s, that’s it. Ain’t got nothin’ more to say ‘bout it. That’s how it happened. All of it. Folks can blame it on loneliness, or my lack of learnin,’ or hell, they can blame it on the whiskey.

Don’t much matter to me what folks say.

I know what I seen. 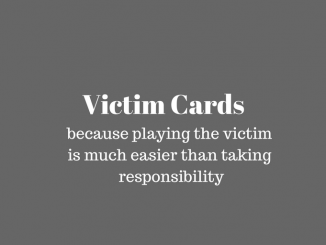 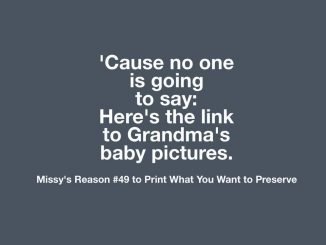 The Lesson from Costco’s Photo Lab